Meet The Eight Wonders Of Islay

Lesley
Jan 4, 2019 Uncategorized Comments Off on Meet The Eight Wonders Of Islay

Let’s whisk you away to the wonderful world of Scottish Whisky. Located off the west coast of Scotland, Islay (pronounced as eye-lah) is home to some of the much-loved distilleries in the UK. Allow us to (virtually) take you around where these whiskies are made with love, care, fertile soil and heaps of barley. Grab a dram and let’s start our tour of Islay. 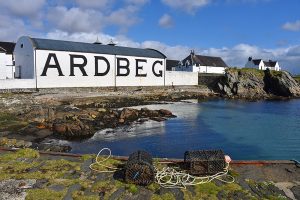 200 years – that’s how long Ardbeg has been making great whisky on the Argyll and Bute island. The Ardbeg distillery has been producing whisky since 1798, and began commercial production in 1815.

Whisky connoisseurs describe Ardbeg as “as close to perfection as makes no difference.” Ardbeg speaks for itself as the whisky has won numerous awards over the years including World Whisky of the Year, Scotch Whisky of the Year and World’s Best Single Malt. Ardbeg has the title of THE MOST HIGHLY AWARDED SMOKY SINGLE MALT WHISKY IN THE WORLD! We would highly recommend trying the SUPERNOVA 2014 COMMITTEE RELEASE. Described as “One of the most explosively flavoured, peatiest and sweet Arbegs ever.” A fine example of what Ardbeg do best – make fine whisky. 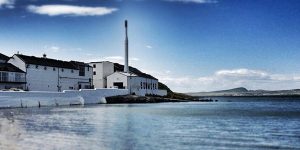 Home to the oldest Scotch whisky maturation warehouse in the world. Established in 1779 by a local merchant, John P. Simson, before passing into the ownership of the Mutter family, a family of German descent. If you like your whisky a little bit fruity and a wee bit floral then Bowmore is the one for you! Unlock layers of peat smoke and sweetness in their BOWMORE NO. 1 MALT, give it a try and have a taste of Scottish whisky history! Did we mention that they have their very own Malting floor?! We recommend trying the FEIS ILE 1988 VINTAGE 24-YEAR-OLD. A Tangy sea-salt, sweet vanilla, coconut, ripe fruits, peat smoke, orange rind and dark chocolate all fused together perfectly in celebration of Islay’s uniqueness. 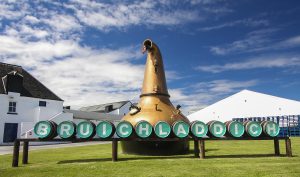 Four unique spirits are made here including Bruichladdich itself, Port Charlotte, Octomore Single Malt and The Botanist Dry Gin. Built-in 1881 by the Harvey brothers—William (32), John (31) and Robert (23)—on the shore of Loch Indaal, on the Rinns of Islay, the westernmost part of the island. 100% Scottish barely is used and they believe it’s called “Scotch” for a reason. This is living proof that the traditional whisky regions of Scotland make no sense. Specifically designed to produce the purest unpeated spirit possible and even though none of the 19th-century spirits survives, they still celebrate it inside their fine array of whiskies including the CLASSIC LADDIE. The OCTOMORE DISCOVERY FEIS ILE 2014 QUADRUPLE DISTILLED is “The Iron fist in the velvet glove.” 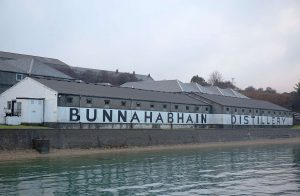 Bunnahabhain is Gaelic for ‘Mouth of the River’ and it stands at the mouth of the Margadale Spring on the shores of the Sound of Islay. The Bunnahabhain is one of the milder single malt Islay whiskies available and its taste varies greatly from other spirits to be found on the island of Islay, off the west coast of Scotland. Bunnahabhain sets apart what others don’t have is their signature unpeated style, and the rich, complex layers of each cask matured in the bay. This is the only distillery on the island to use pure, spring water and you can taste the difference in whiskies by having a dram of their 11-YEAR-OLD PX SINGLE CASK. 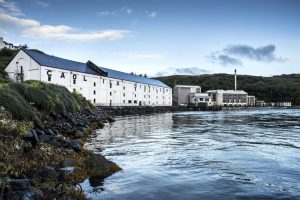 Cull-Eela is how you pronounce the name of this distillery. Sheltered in a hidden bay just north of Port Askaig, is set amongst stunning scenery is now the largest malt whisky distillery on Islay. This distillery is the largest on Islay, producing up to 3 million litres per year of a whisky that’s as light as it is flavourful. Caol Ila is one of the lighter Islay whiskies, pale in colour, with peaty, floral and peppery notes. Why not try their FEIS ILE 2013 bottle with zesty orange peel, sweet honey, seaweed giving it a rich, unusual yet delicious Caol Ila release 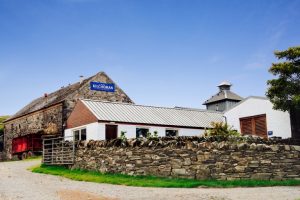 The picturesque Kilchoman Distillery sits nestled amongst the traditional buildings of Rockside Farm on the north-west coast of Islay. Kilchoman is unique in many ways! Most notably for our 100% Islay range, Islay’s only Single Farm Single Malt – from barley to bottle. In June 2005, production began and was the first to be built on the island of Islay in 124 years. The distillery uses barley grown on site at Rockside Farm and malted at the distillery, as well as malt from the Port Ellen Maltings and releases separate bottlings depending on the source of the grain. Try their 100% ISLAY SHERRY HOGSHEAD FINISH SINGLE CASK bottling, you won’t regret it! 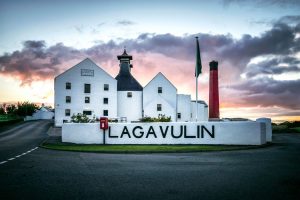 The standard Lagavulin single malt is 16 years old. (43%) Though they regularly release a 12-year-old cask strength variety, a Distiller’s edition finished in Pedro Ximénez casks, and 25- and 30-year-old varieties. Lagavulin Distillery is thought to be one of the longest established distilleries in the country, located on a small bay near the south coast of Islay near the ruins of Dunyveg Castle. Records show that John Jonston and Archibald Campbell were distilling their own whisky, all the way back in 1742, how about that! Full of flavour that you won’t forget, taste their ISLAY JAZZ FESTIVAL 2015 bottle! An intense lingering peat smoke with hints of wood spice. 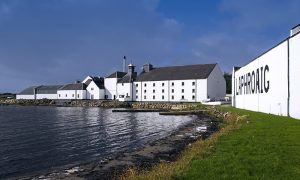 Last but certainly not least, Laphroaig (pronounced La-froyg) is a lovely Gaelic name. It means the beautiful hollow by the broad bay. The Johnstons who founded Laphroaig were from the Clan Donald. They are likely to be from the MacIain of Ardnamurchan branch of the clan. The family anglicised their name to Johnston.

Prince Charles of Wales awarded it the Royal Warrant of HRH. One of the most divisive Scotch whiskies, loved by those who enjoy its medicinal, smoky flavour. Their 25-YEAR-OLD is a fine malt worth tasting!

We hope you’ve enjoyed your little tour of Islay’s whisky distilleries here at The Rare Malt Whisky Company. We’ll see you soon for our next whisky adventure together!

Lesley Henderson
We use cookies to ensure that we give you the best experience on our website. If you continue to use this site we will assume that you are happy with it.OkPrivacy policy